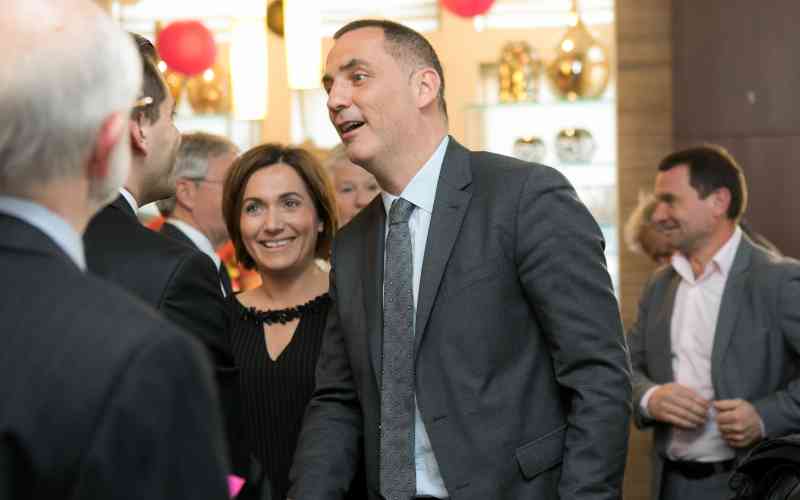 Gilles Simeoni, the President of the French island of Corsica visited Daylesford Crossing Wednesday evening for a cocktail reception hosted by our staff and residents. SageLife Vice President of Operations Kim Smith welcomed President Simeoni and a delegation of Corsican officials with a message of friendship and hospitality, “Daylesford Crossing is all about connections; those we make among residents, family, and staff and those we make with honored guests.”

The visit was organized by the Paoli Business & Professional Association (PBPA), who have a longstanding relationship with the Corisican government, for the purpose of fostering business and cultural ties.

The seed of the relationship is in the naming of the town of Paoli. General Pasquale di Paoli is a prominent figure in Corsican history. In 1755, the General wrote the Corsican Constitution, the first democratic constitution in Europe and an influential document for the framers of the American constitution. During American Revolutionary times, the Sons of Liberty in our area met at a local tavern. They named their meeting place General Paoli’s Tavern in honor of the Corsican General and the town eventually took on the name of the tavern.

Also on hand at the celebration were students from Episcopal Academy. Seniors, who are studying advanced French, came with their teacher, Mrs. Furey. They were there to help facilitate communication and they engaged in a long conversation with the President and others from the delegation.

It was a splendid cross-cultural evening and kicked-off what is certain to be a fruitful trip for the visitors.